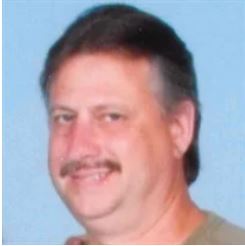 caring friend passed away on Tuesday, November 8, 2022.
Scott was born in Buck County, Pennsylvania on June 17, 1961, the son of the late Roland
Wright and Doris Ann (Hoesle) Townsend Jr.
Scott and the love of his life, his daughter, Amber, made frequent trips during her preschool
years to Disney World. The Disney duo had the goal of meeting as many Disney characters as
possible. Over the years they met over 200 characters.
Scott graduated from Bensalem High School. He worked as a computer operator and technician
for United Totalisator Inc. He was an avid Philadelphia sports fan, cheering on the Eagles, Flyers,
and Phillies. Scott liked Sci-Fi, particularly Star Trek, and classic monster movies. He shared a love
of the DC comic franchise with Amber. Scott was active in tracing his family genealogy and had
an extensive collection of books and records dating back to 1632.
To carry on his legacy, Scott leaves his daughter, Amber; former wife, Dana (Young) Townsend,
and brother, Roland (Jeanne) Townsend. He was preceded in death by his parents.
Final arrangements have been entrusted to Skorupski Family Funeral Home & Cremation
Services, 821 N. Pine Rd., between Ridge & Center. Memorial contributions may be directed to
the wishes of the family. Expressions of sympathy may be shared online at
www.skorupskis.com.