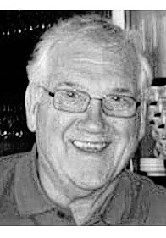 Chuck Frantz FORT WORTH--Alfred Garwood "Chuck" Frantz passed peacefully from this world on Monday, June 24, 2019. CELEBRATION OF LIFE: 1 p.m. Saturday, Nov. 2, 2019, at Broadway Baptist Church in Fort Worth. A reception will follow. Chuck was born in Bucks County, Pa., on March 3, 1934, to Al Frantz and Mildred Marshall Frantz. He lived in Pennsylvania through his elementary school years and moved to Fort Worth, Texas, in 1949, where he attended Arlington Heights High School. At Arlington Heights, he participated in many sports but was best known as a running back on the football team. These skills earned him a football scholarship to Rice University. During his high school years, Chuck met Wanda Watson at the church they both attended. Wanda attended the rival high school, Paschal. They began dating and were married the summer after he graduated on June 18, 1952. While Chuck was attending Rice, they lived in Houston. Their first child, Sue, was born there at the end of his first year. Chuck's college career was put on hold a year later, as they were preparing for the birth of their twins, Dean (who is proudly 10 minutes older) and Sandi. They moved back to Fort Worth, where Chuck began his lifelong career as an insurance agent. Chuck stayed very active in sports, which included boating and water skiing, playing handball and participating in many state tournaments, taking up golf, and, later in life, country dancing. He eventually completed his degree in sociology and graduated from Texas Christian University. His degree reflected his love and care for people. Chuck loved to help others with his time and his talents. He will be remembered by many friends and family as a wonderful listener and a great encourager. Chuck was preceded in death by his parents, Al and Mildred Frantz; his younger brother, Bob Frantz; and his wife, Wanda Watson Frantz. SURVIVORS: He is survived by Sue Frantz Micetic, her husband, Dale, and their children, Kristen (Matt Hopf), Kimberley (JM Wiedefeld), Steve (Zoe) and Jon (Becky); Dean and his wife, Grace, and their children, Gabrielle and Jordan (Jamie); Sandi Frantz Fowler and her children, Laura (Joshua Zimmerman) and Michael (Shelbie). During his last decade, Chuck was also the proud great-grandfather to 10 great-grands, as Wanda called them. Another was born in July and one more will join the family in September. He was never called "Granddaddy" or "Great-Grandpa." He told them all, "Call me Chuck."