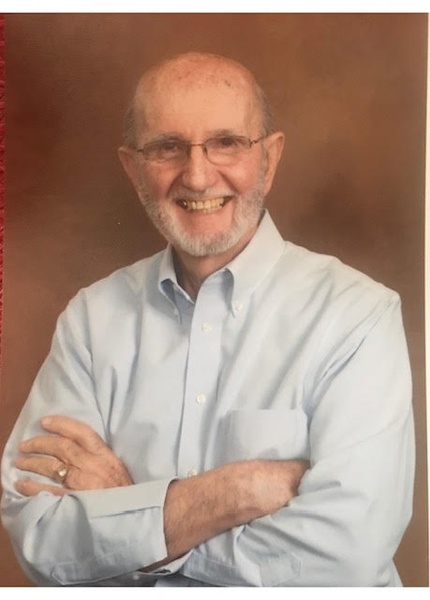 Daniel J. Fazioli, Sr. left this life on earth with family and friends nearby on May 1, 2022. He was born on July 1, 1937, in Greensburg, Pennsylvania. His parents were both Italian and Polish and they arrived separately with their families through Ellis Island. Dan, more commonly known as Faz, spent most of his early life in Pennsylvania and in parts of New Jersey. He was a 90-day wonderer in the United States Air Force, held several honorary degrees and a PHD. He settled with his family in Pinellas County Florida. He continued his career in aerospace engineering working for Honeywell, ECI and later Smith Industries which became General Electric. He held several patents for government contracted equipment. He retired to Mount Airy, NC in 2007. Dan was active in Starkey Road Baptist Church, as well as several churches in North Carolina.  He most recently became a member of Highland Park Baptist Church in 2022. His ministry included teaching college/career adult classes, newly married couples, and adult Bible classes. He was also involved in recovery programs for people suffering with addictions. His interests included current news/politics, and spiritual commentary on the Bible. He held relational and spiritual counseling sessions for members of the family and the community. He was a very giving individual with his time and finances. He is survived by his wife Cheri Fazioli, his daughter Cher James and Christi Capo and two sons; Dan J Fazioli Jr. and John King. He is also survived by two sisters; Geri Bradley and Jennie Smith. The family will receive visitors on Saturday, May 21, 2022 from 1:15 ~ 2:00, followed by a Celebration of Life Service at 2:00 at Highland Park Baptist Church, 1327 Grove Lane, Mount Airy, NC 27030. In lieu of flowers the family request donations be made to Mountain Valley Hospice @ www.mtnvalleyhospice.org