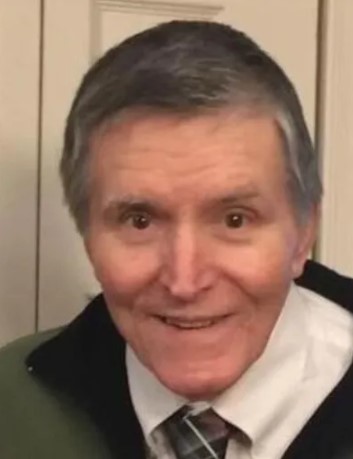 Franklin Twp. - Anthony G. "Tony" Drueding, 80, of Franklin Twp, NJ passed away on Friday afternoon March 25, 2022 at home where he had been under the care of family & hospice. Tony was born in Abington, PA and was a longtime resident of S. Jersey. He was the son of the late Glendoris "Doris" (Lamberson) & Bernard Drueding, Sr. He was pre-deceased by his son Anthony Drueding, Jr., Sister Jane & brothers Richard, William, James & Bernard.

Tony was a graduate of Bensalem High School and joined the Navy after graduation. He served on the USS San Marcos & the Shangri La working in the boiler room during the Bay of Pigs invasion. After his military service he went to work in the elevator business having spent the most of his career with National Elevator Co before retiring. Tony enjoyed travelling, was an amazing artist and avid collector of rocks & gems. He discovered a fossil during his travels that is a part of the stonerose collection in Washington State. He loved and was very involved with his family.

Relatives & friends will be received on Friday April 1, 2022 from 11:00 to 12:00 PM at the Pancoast Funeral Home, 676 S. Main Road, Vineland, NJ where his funeral service will be conducted at 12 noon. Burial will follow in the Siloam Cemetery, Vineland, NJ. For those who wish, memorial contributions may be made to the Alzheimer's Association, 225 N. Michigan Ave., FL 17, Chicago, IL 60601. To e-mail condolences & or tributes, please visit www.pancoastfuneralhome.com