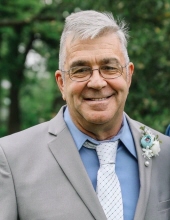 Michael John Mycek, III, of Clayton, Delaware passed away unexpectedly on Friday, July 16, 2021. He was 65.

Mick Mycek was born on October 1, 1955 in Philadelphia, Pennsylvania to the late Michael John Mycek, Jr. and Theresa Biernat Mycek.

Mick grew up in Bensalem, Pennsylvania where he also attended trade school for autobody repair. He then went on to acquire his CDL and worked as a truck driver for Penn Foundry, DOT Foods, and Johnson Controls. On August 23, 1992 and April 12, 1995 respectively, he and his wife Leah welcomed their two children, he was very proud of them both.

Mick had a very inquisitive mind and a vast knowledge bank. He loved sharing about what he learned. He was a connoisseur of many things such as wawa coffee, food, movies, tools and cars. Mick enjoyed spending time with his family and friends. He was always enthusiastic about going to the beach, traveling, and skiing. He was an avid fan of Philadelphia sports teams. He will be missed by family, friends, and all who knew him.


Friends may call from 10AM until service time. Funeral Services will be held 11AM on Thursday, July 22, 2021 at James O. Bradley Funeral Home, 260 Bellevue Ave, Penndel PA 19047. Burial will follow at Beechwood Cemetery in Bensalem, PA.

In lieu of flowers the family asks contributions be made to the Brandywine Valley SPCA at 1757 Horsepond Rd, Dover DE 19901