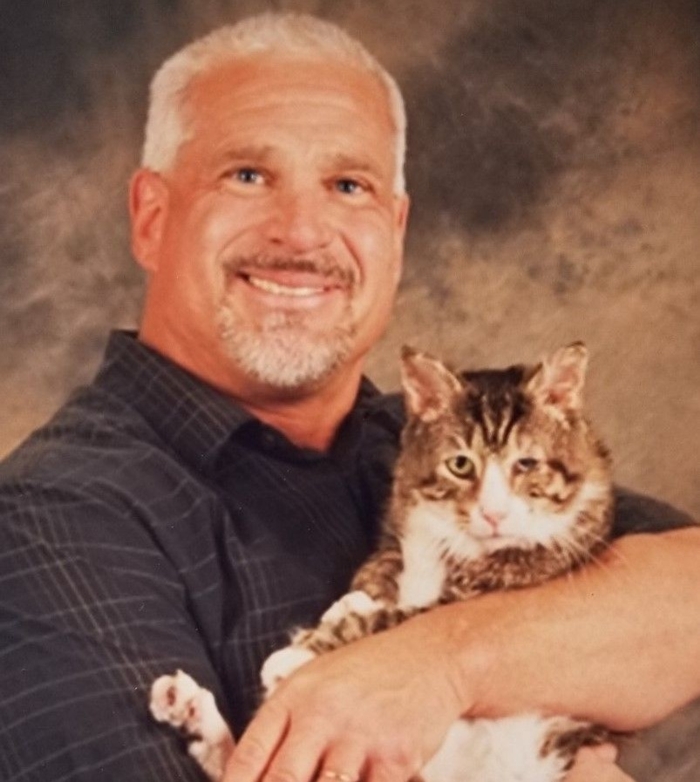 Joseph Edward Cwenar passed away Thursday, February 10th, 2022, at Lehigh Valley Hospital. He was 61 years.  Joe was born July 30th, 1960, in Cheltenham, PA.
He spent his childhood, and early adult years living in Bensalem Township, Bucks County PA with his mother, Janice Gallagher, and his identical twin brother, Edward Joseph Cwenar. Among other lesser interests, Joes' childhood was spent harnessing racing ponies, building cars, and moto crossing with his twin brother. Joe graduated from Bensalem High School in 1978.
Joe attained his Electronics Engineering degree as a young adult and was hired by AT&T/Bell Laboratories. At that time, Joe relocated to Walnutport, PA where he would spend the rest of his life.  Joe met his wife of 35 years, Delilah, while employed with AT&T/Bell Labs. They enjoyed life and family together as well as cruising the Caribbean, traveling out West, four wheeling and shooting.
Joe was a champion bodybuilder all his adult life.  He and his wife were training partners. Besides bodybuilding, Joe loved cars!  This was his next favorite passion. Joe raced Late Model stock cars with his identical twin brother, Eddie. In his later years Joe drag raced his 67 Camaro. Joe could build an engine!

Joe was a Constitutional Conservative and a true Patriot.  He loved his Country and took an active role with various Conservative Groups that helped support the idea of America as it was originally founded by our Founding Fathers.

Joe was the beloved son of Janice (Cwenar) Gallagher; beloved Identical twin brother & brother-in-law of Edward Joseph Cwenar and his wife Cecila Cwenar; beloved husband of Delilah Cruz.
A Memorial Mass will be celebrated at 11AM on Saturday, March 5, 2021, at St, Nicholas Catholic Church, 1152 Oak Rd, Walnutport.   Family and friends may greet the family from 10 to 11AM.   Arrangements are under the direction of Harding Funeral Home, Slatington.