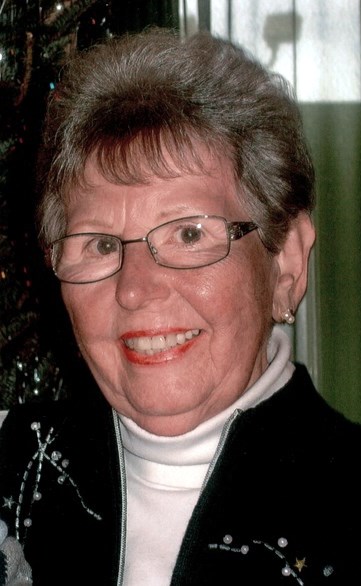 Elaine Marian Manno, known as Marian to all who knew her, passed away at age 86 on September 28, 2022 in Philadelphia, PA.

Marian was a long- time resident of Trevose-Feasterville, PA. She was born on April 30, 1936 in Philadelphia to parents, William and Louise Roehner (nee Wynkoop). Marian attended Bensalem High School and was proud of her several years of employment at Union Fidelity before her retirement in May of 1998.

Marian was a long-time member of Scottsville Methodist Church in Langhorne, PA but also attended Neshaminy Baptist Church, Bensalem, PA for some time, several years ago.

Marian was a devoted mother, Nana and friend. She loved spending time with her family and many friends. In Marian’s younger years, she attended events at Hilltop AA, where her husband “Willie” had been a lifelong member. Marian was always “on the go” and had many hobbies. She loved covered bridges, reading her books, doing her puzzles, going to the Senior Center and taking trips on Star Bus Tours. Marian always joked she had a birthday “week” and Christmas was her favorite time of the year.

Marian cherished her lifelong relationship with her sister and best friend, Rosemary (Thomas) Moore. She is also survived by her brother William (Ruth) Roehner.

She will be greatly missed by the people whose lives she touched, and there were many.

In lieu of flowers, donations in Marian’s memory may made to Scottsville Methodist Church, 2400 Brownsville Road, Langhorne, PA 19053 or planting a tree in honor of Marian, would also be appreciated.