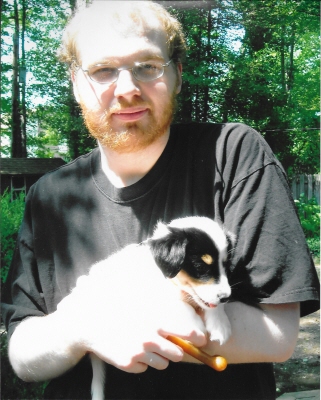 Born in Livingston, NJ, he was the son of John J. Walsh and the late Patricia Barber Walsh. Tom was raised in Bensalem, PA. and graduated from Bensalem High School, class of 2000. He moved to Sanford with his family in 2011. Tom was a private person with a bright imagination. He was a fan of Science Fiction and Fantasy and enjoyed playing video and RPG games.

In addition to his father John Walsh, Tom is survived by his sister Karalyn “Kara” Walsh, her fiancé David Earl Messick, step - mother Rosemary DiBartolomeo and grandmother Julia Walsh. He is also survived by many loving aunts, uncles, cousins and friends.

A funeral mass will be celebrated Saturday, June 25th at 10:00 am at St. Stephen’s Catholic Church, 901 N. Franklin Dr. Sanford.

Church services may also be viewed online at https://ststephensanford.org/live-mass

Services are entrusted to Miller - Boles Funeral Home of Sanford.